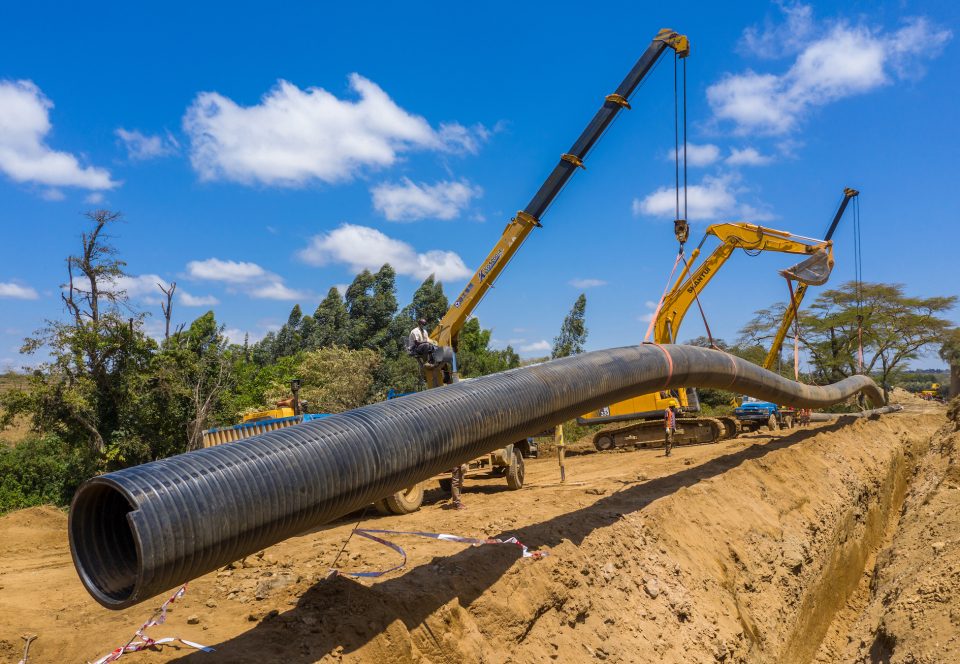 Narok Town’s first sewerage system has been internationally recognised for its positive effects on reducing incidences of waterborne diseases.

Narok’s modern sanitary sewer network and treatment plant which was commissioned in late 2020 has been used as a case study at the Plastic Pipes XIII Conference, organised by the Southern African Plastic Pipe Manufacturers Association (SAPPMA).

“Anecdotal evidence from the Department of Health at Narok suggests that diseases caused by faecal coliforms are much rarer since installation of the system. Additionally, cholera cases have fallen dramatically and there has been a drastic reduction in the number of complaints about faecal contamination of the environment,” said Megapipes Solutions Country Director, Simon Thomas.

At the same conference, other projects such as Fumba Town, a real estate development in Zanzibar, also cited Weholite HDPE technology’s ability to deliver innovative and sustainable solutions to construction challenges.

The mixed-use development has used Weholite tanks which have the ability of being easily installed in as built environments.

Ruiru-based Megapipes Solutions supplied 5km of DN800 (Weholite HDPE) pipe with two manholes for the project that was implemented on behalf of the Narok water and Sewerage Services Company.

Sino Hydro was the Project Contractor while Mangat I. B. Patel was the Engineering Consultant.

One of the biggest challenges is reluctance by communities towards major infrastructure projects, despite their advantages, due to the disruption of lives and livelihoods. However, using Weholite can drastically reduce the environmental impacts, bringing modern WASH infrastructure to communities in very quick time.

The light-weight nature of the material makes it easy to install especially in heavily built-up areas. Weholite HDPE technology also has a service life of more than 100 years which is attractive to developers seeking long-term value.

Additionally, he added that Investing in water and sanitation infrastructure plays will have a multiplier effect on other sectors of the economy namely education, healthcare, manufacturing, energy, and agriculture.

For instance, clean water availability in schools and hospitals reduces incidences of waterborne infections and reinfection risks respectively while in agriculture the availability of water is vital in increasing yields as rainfed agriculture is proving elusive due to climate change.