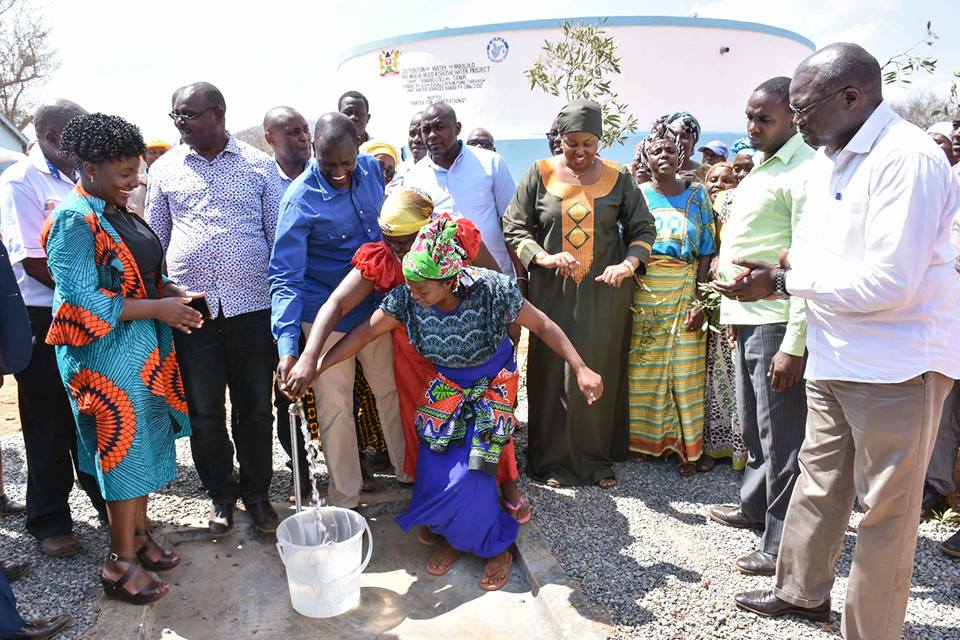 The residents of the Coast region are set to benefit from the completion of the Mbololo-Ndii-Mlilo water project. According to the Coast Water Services Board (CWSB), construction works on the biggest water project by national government under Equalization Fund nears completion.

The US $493,000 water project was launched in October 2018 by Deputy President, William Ruto in Voi Sub-County and is almost complete and will be commissioned by soon. The project comprises of a concrete tank with a capacity of 500m3 and another one with a capacity for 225m3 respectively.

Bevingtone Mwakideu, an official with CWSB, said the construction works on the project were over 95 per cent completed and the contractor was on the final phases before handing over the project. There are also three metered kiosks and 10 km pipelines, a surface pump and a powerhouse.

The project upon completion, is expected to serve over 10,000 residents in eight villages in the region. The villages, include Mlilo, Kangemi, Mbulia, Ghazi, Ndii and other areas of Mbololo. In addition, the project is expected to serve public institutions, including David Kayanda Secondary schools and nearby health facilities.

The water for the project flows through a 10km pipe using gravity from the main Mzima Pipeline at Manga to the main tank with a carrying capacity of half a million litres. The water will then be pumped to a secondary tank with a carrying capacity of 225, 000 litres for distribution to watering points and other homesteads. The project status report says water supply will be increased by half a million liters per day.

“The government has invested in this project to ensure the residents get sufficient water and we know our problems will be done. The project would serve several villages that have not had water for decades,” commended County Commissioner (CC), Rhoda Onyancha.