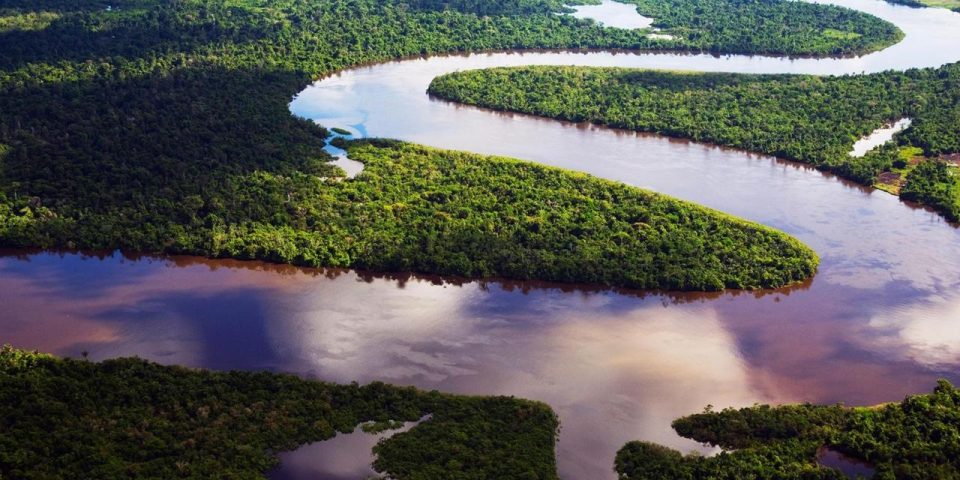 The national government through the Northern Water Service Board (NWSB) has allocated Sh2.65 billion on programmes aimed at mitigating on the recurring drought in the 7 counties it serves.The money was part of the allocation from the equalization fund of financial year 2016/17 financial year.

Samburu which is the worst hit received the highest allocation of Sh716 million followed by Wajir with Sh530 million. Others are Garissa (Sh360 million), Isiolo (Sh144 million), Marsabit (Sh433 million) and Mandera (Sh470 million). Laikipia, though under the board’s operation’s area is not a beneficiary of the equalization kitty and thus was not allocated.

Speaking to the press after the official commissioning Sh61.5 million Libahley water pan in Diisoy village, Garissa County on Thursday, NWSB CEO Osman Abdullahi said that the pan will ease water shortage among the pastoralists.

Osman said the largest water pan in Northern region whose capacity is 150 million cubic meters will serve the 25,000 population for the next 6 to 8 months. It will also provide water for 40,000 to 50,000 livestock in the period.

“The government has invested in this region in addressing the perennial water shortage occasioned by severe droughts. It will be able to save both human and livestock among the pastoralists communities,” he said. 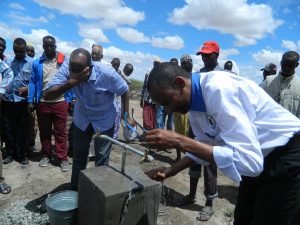 National assembly majority leader, Aden Duale and Northern Water Service Board CEO, Osman Abdulllahi test water from the Libahley water pan in one the water kiosks. The water pan which holds over 150 million cubic meters of water will serve the community for the next 6 months.

Several parts of the region that experienced a severe drought from October last year to late March this year has started receiving rains.

Osman said that there are areas that have not received sufficient rains among them Balambala, Lagdera and parts of Dadaab in Garissa county that will continue depending on water tracking.

Area MP and national assembly majority leader thanked the state agencies for a commendable job in mitigating the effects of the severe drought.

Duale who singled the Northern Water Service Board said he will be in the forefront in soliciting for funding both from the national government and other aid agencies.

He said the board had rehabilitated, dug and drilled several boreholes, dams and water pans in areas worst hit by drought saving thousands of livestock farmers from losing their herds.

“The situation could have been different had the state agencies and other well-wishers not come to the aid of the pastoralists communities who were faced with imminent starvation,” he said.