Tanzania is set to build a $6 billion Standard Gauge Railway line soon after finalizing its negotiations with China. The State has confirmed the line will be a major transport linking major coal fields with Mtwara and other East African States.

The project which is part and parcel of the Mtwara Port expansion plan will have the 997km line connecting Mtwara to Amelia Port and Manda, then diverting to Ngaka and Mchuchuma-Katewaka. The project to be completed in 2023, will greatly cut down on costs of transporting coal from southern Tanzania to the rest of the country by about 72 per cent.

National Development Corporation in conjunction with Reli Asset Holdings are negotiating with China to fund the project. After securing funds, Reli Asset Holdings will be charged with supervising the mega infrastructure project. According to Mlingi Mkucha, managing director of National Development Corporation, the transport system will catalyze economic activities through cross-border trade and reduction in transport costs. ‘It is currently cheaper to import coal from South Africa than to buy from Ngaka,’ he said 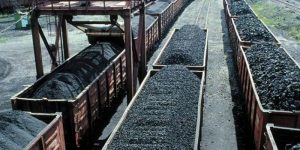 Tanzania China International Mineral Resources Limited (TCIMRL), a partnership between Sichuan Hongda Group and National Development Corporation are the forces behind integration and development of Mchuchuma coal and Liganga iron ore at a cost of $3billion. It is speculated that the Mchuchuma and Ngaka shall produce 600MW and 400MW of power respectively while Liganga project will produce 2.9 tonnes of iron ore annually.

‘Tanzania has a iron ore demand of 700,000 tonnes but the construction boom is likely to increase the demand to 800,000 tonnes a year,’ Mr. Mkucha. Noteworthy, he projected that the Liganga project will produce 500,000 tones in both its first and second phases.