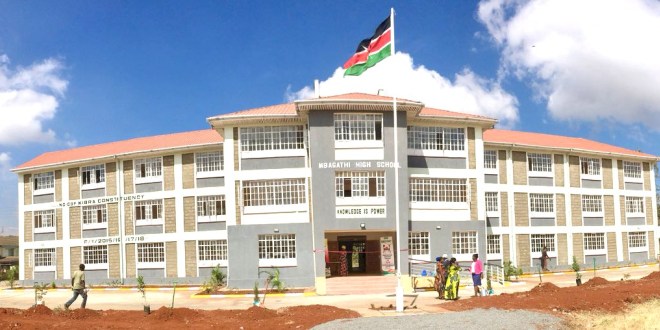 In the wake of government’s 100 per cent transition to secondary schools, there have been equal challenges as well opportunities. On one side, the initiative launched last year seeks to ensure that the Basic Education Act is adhered to. It translates to access to basic education by every Kenyan child. This means that every Kenyan child shall access and enjoy their rights as enshrined in the constitution.

However, the same access has opened up new challenges to the Kenyan child too. Most of the public schools have been overcrowded and their capacity pushed beyond limit. The enrollment has been so overwhelming that a normal-like class structure is no longer attainable. The overcrowding has led to less teacher-student attention which is critical in a child’s development.

“We have to deal with infrastructure development in our schools to match the increasing numbers of students,” said the President while taking stock of infrastructure deficit in secondary schools in order to know the amount of money needed.

Education Principal Sectary Belio Kipsang, noted that the national primary school to secondary school transition rate currently stands at 94 per cent. He added that the country is currently spending 27 per cent of her budget to fund education.

Dr. Kipsang acknowledged that the ministry has managed to deal with books shortage in schools, with student-book ratio currently standing at one to one. “We have already distributed 12.5 million competence based curriculum books for Grade 1-3 and we will be distributing an additional 14.5 million others”.

Through national education polices, the government has continued to improve infrastructure in schools, provided NHIF cover for all secondary school students and increased pupils and student’s capitation.

In addition, the President also visited Mang’u High School in Juja, Kiambu County, during the school’s prize-giving ceremony and noted the government will give the school US $1.4m in the next two financial years to construct a perimeter wall, two science laboratories, an 800-capacity dormitory block, a computer laboratory and four tuition blocks.

All these is geared towards decongesting the school, which currently has a student capacity of 1,700.