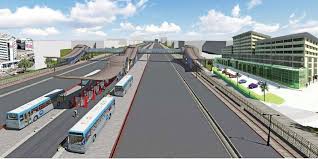 The revelation came even as the Kenya National Highways Authority (KeNHA) said it had dropped the planned construction of an elevated highway over the entire 43.5km stretch to Rironi in favour of flyovers and underpasses on certain sections of the road.

Work on the project includes expansion of Airport South Road into a dual carriageway, completewith a new airport security checkpoint and the planned airport rail link.

“The project designs have been evolving along with the costs,” said David Muchilwa, the development director, adding that Phase One of construction works covering JKIA to Likoni Road will start early next year with funding from the African Development Bank (AfDB). The World Bank will fund the remaining segment.

Motorists using the 43.5km express road will pay a fee (toll charges) to escape the current heavy jams to and from the airport and in their commute through the city.

The proposed superhighway will have special lanes dedicated to large-capacity buses that are expected to support public commuter services and ease congestion under the rapid transit system (RTS).

The highways authority two years ago put the cost of building the double-decker road, the first in the region, at Sh38 billion – a figure that has now been increased to Sh59 billion.

“The stretch around Uhuru Park, for instance, will not have an overpass, so as not to cause visual intrusion. Motorists should have an unobstructed view of the surrounding greenery,” said Mr Muchilwa.

The proposed superhighway will feature multiple interchanges at various intersections alongside service lanes.

KeNHA reckons that dropping the continuous motorway running above the ground means some stretches of the existing roads will be expanded to create additional lanes and accommodate the swelling traffic.

Financing challenges have delayed the planned upgrading of the JKIA-Rironi motorway by more than a decade. The project was revived in 2016, after government officials announced a fresh financing deal with the World Bank, which had earlier opted out of the deal citing concerns over the integrity of Austrian firm, Strabag, which had won the concession to build and operate the road.

At Sh59 billion, the JKIA-Rironi motorway will cost Sh27 billion more than the Sh32 billion spent on the 50-km Thika Superhighway.

Motorists will cruise on the express way as an alternative to escape the heavy traffic jams that build up on Mombasa Road and Uhuru Highway during rush hours.

Nairobi has in recent years witnessed an explosion of cars that is unmatched by the expansion of roads.

The World Bank estimates that Nairobi residents on average spend an hour to travel to work and another 60 minutes commuting back home due to traffic congestion.

The dual carriageway will be built in three phases beginning with the first stretch (6.5km) running from JKIA to Likoni Road and the Southern bypass interchange. This section will cost about Sh18 billion, and is to be funded by the AfDB whose financing agreement is expected to be closed this year.

The second stretch (12km) is the most expensive at an estimated cost of Sh25 billion and will connect Likoni Road to James Gichuru Road junction on Waiyaki Way in Westlands.

The World Bank is expected to fund it along with the last section (Sh16 billion) which runs 25km from James Gichuru Road to Rironi. This lifts the total project cost to Sh59 billion.

The contract for the Westlands-Rironi stretch was awarded to China Wu Yi, and will see the Waiyaki Way dual highway expanded into six lanes.

The designs for the first two sections are being fine-tuned before tendering, with construction expected to start early next year, according to Mr Muchilwa.