Kenya leads the East African frontier in mega infrastructure projects, report by Deloitte Africa reveals. Kenya emerged first out of over 10 countries surveyed, leading the bandwagon with a total of 11 colossal projects.

According to the report “Deloitte Africa Construction Trends 2016’’, Kenya’s rank as an infrastructure powerhouse has been catalyzed by its overwhelming appetite for multi-million projects in both public and private sectors. The total cost of the 11 concurrent projects is Ksh.813bn ($7.9bn) which is equivalent to about 25.6 per cent of total investments in East Africa. 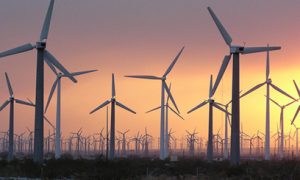 According to the report, transport sector accounts for only 47 per cent of projects, which go hand in hand with power and energy projects as key drivers of East Africa’s economy. “There are 15 roads and bridges that are currently underway, while energy and power projects account for over a quarter of all projects in the region worth $10.7bn (sh.1.12 trillion).

In Deloitte’s last report on construction trends, South Africa emerged the single country with the highest number of projects 41, followed by Nigeria with 38.