It is a tough time for developers as they face the brunt of descending property prices. The latest research by real estate firm Hass Consult affirms that asking prices for properties in Nairobi have spiraled downwards by 0.14 per cent, hitting an all-time low in the last quarter of 2016.

Although the government capped banks’ interest rates, it has proven futile in wooing the real estate sector since the slothful micro-economic environment witnessed is largely attributed to a reduced uptake of credit. “Loan uptake has gone down despite the capped rates since commercial banks are now more conservative with their lending. The tough economic times have also affected property growth in Nairobi,” Sakina Hassanali, Head of Research and Marketing at Hass Consult. 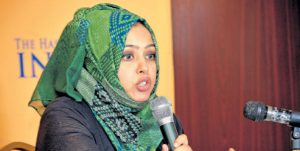 During the press briefing in Nairobi, it was noted that despite the stagnating growth in property sector, high end markets were not adversely affected as compared to low and middle class segment. High end property market recorded increased performance since its client base if normally packed with the wealthy class and expatriates. “Typically, high end properties are less affected during bad economic times than the lower end segment. The high end properties, which are called detached properties, recorded an increase of 11 per cent in their asking prices,” Ms. Hassanali added.

In the last quarter of 2016, properties in Nairobi’s satellite towns recorded an increase of 1.5 per cent, which according to Hass Consult, is the lowest since 2008. Noteworthy, rent in Nairobi’s satellite towns rose by a mere 0.2 per cent for the last quarter and by four per cent over the whole year. This was also highlighted as the lowest since 2008.

The Banking Act 2016 was put into effect from September 14 2016, and puts the maximum lending rate at four per cent above the Central Banking Rate (CBR). The CBR currently stands at 10 per cent and restricts banks from charging interest loans above 14 per cent.