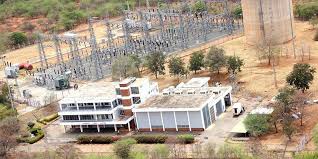 Power producer KenGen is moving to build a 67-megawatt (MW) hydropower plant on Tana River following studies on the dam that was conceived six years ago.

The Nairobi Securities Exchange-listed firm plans to divert Tana River waters through a dug-out channel that will pour into the proposed Karura dam, minimising displacement of communities.

Electricity from the plant will cost just less than Sh10 per unit ($0.10), according to KenGen, which is half the cost of diesel-generated power.

The power producer, which is majority owned by the government, seeks to increase its hydropower capacity to stabilise the national grid in light of a pipeline of intermittent sources set to be connected to the grid like wind and solar.

Sufficient hydroelectric power plants will ensure they can be ramped up and down to match fluctuations in wind and solar power generation, acting as system stabilisers.

“The dam is going to be given priority now that we have a pipeline of wind and solar power plants whose intermittency need to be balanced,” said business development director Moses Wekesa.

He said the project cost would be determined after the tendering process.

Hydropower plants, like diesel generators, are easy to switch on and off to match demand. Hydros are preferred over thermal due to their lower power costs but are however dependent on weather conditions.

The Lake Turkana Wind power, the largest in Africa, with a capacity of 310 megawatts is complete and is awaiting construction of a transmission line to link it to the grid.

Several other wind farms, including  the 80-megawatt wind farm in Meru  and solar parks are in the pipeline, which will require stabilisers, technically known as picking plants.

The proposed Karura dam had earlier been planned to be built between Kiambere and Kindaruma dams.

Presently, KenGen has a hydropower capacity of 818 megawatts, accounting for half its total power mix.

Geothermal, which has received much focus from the firm recently, stands at 534 megawatts, followed by thermal (254 megawatts) and wind (25 megawatts).