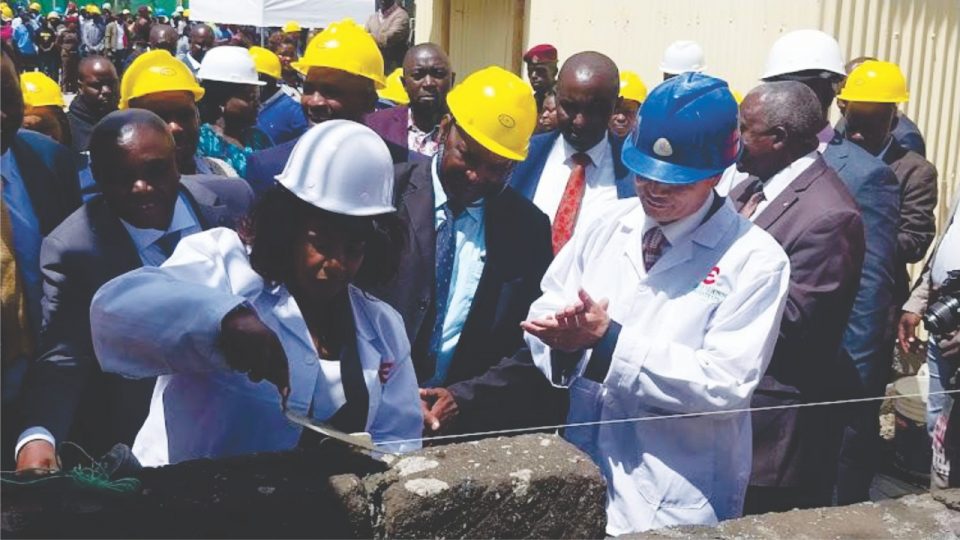 She said this is mainly due to its proximity to Nairobi and industrial activities’ expansion towards Athi River town on the Nairobi-Mombasa highway.

“Real and perceived employment opportunities in this expanding industrial area have drawn people from all over the country without proper housing development plans in place. That has led to a rapid emergence of informal settlements around Mavoko,” Ndeti said.

She was speaking during the groundbreaking of Great Wall Gardens phase 5 project in Athi River on Wednesday.

Ndeti said Mavoko had seen an upward surge in housing development over the last 15 years.

“Erdemann Property Limited greatly contributed to this growth when they set foot in Mavoko with the construction of the Great Wall apartments phase 1 in 2009,” Ndeti said.

“My government as well as the national government are keen on welcoming private investors to compliment government efforts towards the provision of affordable housing.”

She said her administration is committed to working with the national government and private investors to provide affordable housing for all citizens.

“Every family should be able to own or rent a decent house,” Ndeti said.

“Since inception, Erdemann Property Limited has built over 5,980 residential housing units, with a majority being constructed in Machakos county. This is no mean achievement,” Yang said.

He said in GWG5 project, they were focusing on three bedroom units since they were in high demand, with a unit selling at Sh3.5 million.

“The completed houses will comprise 24 blocs. It will include 1,128 of three bedroom master ensuite units of size 104sqm and 77 commercial shops,” Yang said.

He said the project will see the company construct 1,205 more housing units within 18 months.

Yang thanked the Machakos government for creating an enabling environment for development and business to thrive.

He said their projects had been instrumental in reducing unemployment in Kenya. More than 2,000 youths had been engaged as casuals in the construction.

The developer has also engaged hundreds of other Kenyans in its market chain as suppliers, marketers, consultants, accountants, managers, engineers, surveyors, contractors and auditors.

Yang said the company was not spared by the struggles the construction industry has been grappling with in the last three years.

He said the speed of their projects had been slowed down by several factors.

“However, we remain optimistic that the economy is taking an upward trajectory and we can only do better. We revised our targeted completion of the proposed GWG5 project to before the end of 2023,” Yang said.

“We continue to push the Lands ministry to fast-track registration of completed units.”

The developer said the number of registered subleases for Great Wall Gardens phase one are 90 per cent after four years and 60 per cent of GWG2.

Yang said they had put in place plans to start the registration of the GWG3 and GWG4 projects next year as soon as the GWG2 registration is complete.

“Affordable housing development is not always a rosy affair as most people imagine. The amount of hard work and sweat that goes into the project can’t be understated. We meet several challenges which encourage us to work harder and deliver better,” he said.

He urged both the national and county governments to improve roads, water supply, sewer lines and electricity supply.