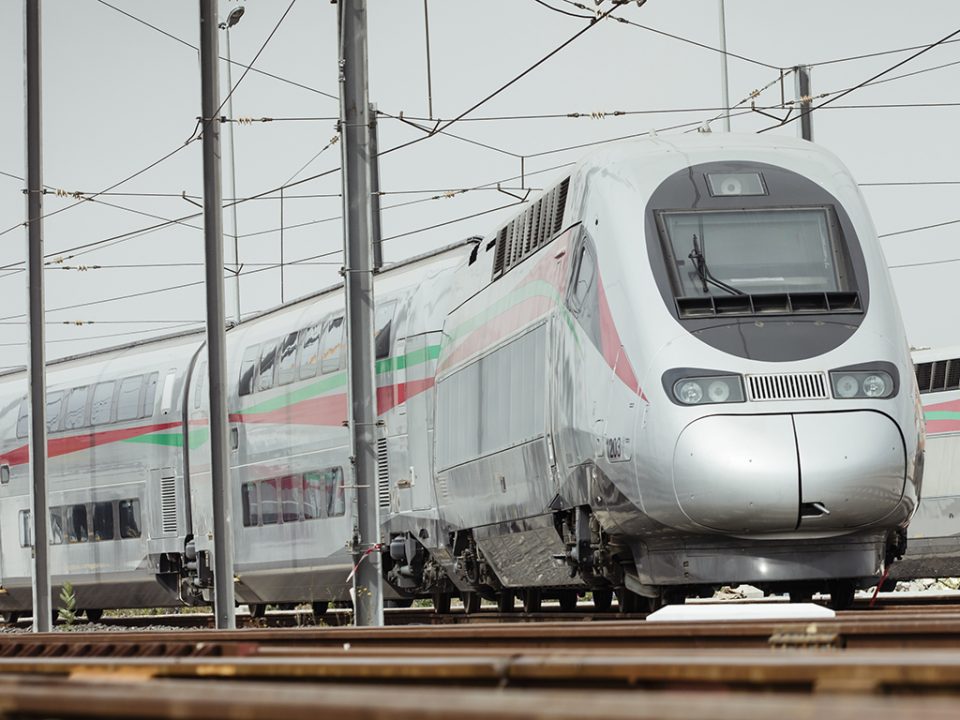 African continent has joined the world in having a high speed railway line. This is after railway infrastructure constructor Colas Rail who supervised the project announced that the train line is now fully operational.

The high speed railway line which links the cities of Tangier and Casablanca was inaugurated by King Mohammed VI and French President Emmanuel Macron in a ceremony held last year 15th November at Tanger, Morocco. The King officially named the high speed line Al Boraq, after a mythical winged creature that transported the prophets. Following the inauguration, the guests boarded a special train to Rabat.

According to Colas Rail Africa business Development Director Frédéric Priest, the railway allows for a maximum operational speed of 320 km/h and leads to a two-and-a-half-hour gain more than halving the current 4 h 45 min timing via the existing line. National operator ONCF expects to carry 6 million passengers on its high speed services during the first three years of operation.

Construction works on the project included track studies and construction of catenaries and two base camps. He added that some of the high-speed-line project key figures included two-million tons of ballast, 50, 000 t of rail, 700, 000 sleepers, 400 km of track and a 25 kV catenary.

About 5,000 workers were mobilized during this project out of which 95% were recruited from the areas of Tangier, Casablanca and Rabat. Colas Rail laid 18 km of rail track – 10 km on the Kamsar port site and 8 km in Tuinguilinta. More than 75, 000 t of ballast were transported to the site, along with 14, 500 t of various machines and material.

“In Morocco, it was a legally binding solicitation. Our customer, Morocco national railroad administrator the ONCF Agency, requested that we consider the nearby combination of aptitudes by making an instructional hub during the task. In Africa, Colas and Colas Rail are accustomed to working with nearby accomplices and preparing neighborhood individuals on location. It is a solid duty from our side and we trust in this model,” said Priest.

Test running of the train sets on the 3 kV network began on January 20 2016, with trials on the new line following from February 2017 and reaching a maximum speed of 357 km/h.

An additional station at Larache is planned. Construction of a Kénitra – Casablanca extension of the high speed line is scheduled to begin in 2020, and on completion this would shorten the Tanger – Casablanca journey time to 1 h 30 min.