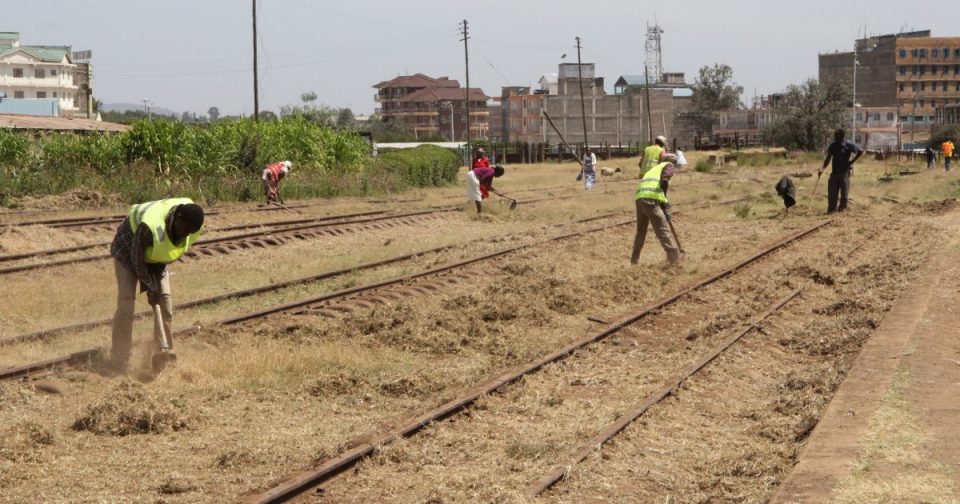 The government of Kenya has embarked on rehabilitation works on the old Nairobi-Nanyuki railway line with the aim of spurring development across the country. This follows the completion of the Standard Gauge Railway which is expected to boost the country’s economic fortunes.

Transport and Infrastructure Cabinet Secretary Mr. James Macharia said his ministry will work with affected county government to consider providing other areas for the traders who were using parts of the railway to conduct their businesses.

Traders conducting business along Nairobi-Nanyuki railway line will be relocated to give way for ongoing rehabilitation works. Following abandonment of the 240 kilometre railway line some decades ago, some people opted to use parts of the line to conduct businesses. Most sections of the railway taken over by traders include, Mbombo and Kaharati in Murang’a county, Karatina and Chaka markets in Nyeri counties.

Last month when Kenya Railways Corporation issued notice requiring those doing businesses to vacate the railway, those affected raised concerns and vowed not to be moved. The government had released funds to rehabilitate the railway which is expected to serve northern corridor thus boosting economic growth in Mount Kenya region. 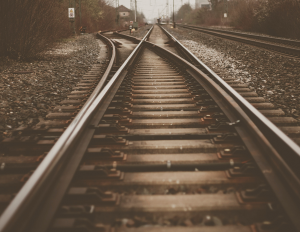 The revival which is part of President Uhuru Kenyatta’s plan to accelerate implementation of promised development projects in the region is set to cost Sh3 billion.

“Sh3 billion has been set aside to rehabilitate Nairobi – Nanyuki railway which will connect to SGR and thus bulky and fuel will be transported through the metre gauge railway to parts of Northern Kenya,” noted Macharia.

The president, he reiterated, is committed to leave a legacy of elaborate transport infrastructure in the country.

“Rehabilitation of the railway line will go hand in hand with constructing dual carriage from Kenol in Murang’a to Marua in Nyeri County. The dual carriage will further be extended to Isiolo in second phase”, added the CS.

Renovation works of the railway started mid last month and it is expected to proceed for a period of two years. The government has already released Sh1 billion for rehabilitation of the railway line which cuts across five counties within Mount Kenya region.

Laikipia Governor, Ndiritu  Muriithi  while briefing the press at his Nanyuki office said that the works  would be undertaken in three stages in order to speed up the process and have the railway line ready for use by the end of May this year.

“Rehabilitation is in three stages; one group will work from Nanyuki-Marua section, the second group is allocated the Marua-Sagana section while the third will rehabilitate from Sagana-Thika stretch,” said Muriithi said.

He  noted among the beneficiaries of the revival of the line would be the 11 million litres Nanyuki Petroleum depot operated by  Vivo Energy that serves parts of Eastern and Northern Kenya.

He stated that “We want to see the large fuel trucks taken of the roads for its safer and cheaper when fuel is moved by rail.”

The Governor added that cohorts from the National Youth Service (NYS) and technicians from the Kenya Defense Forces would be deployed later once the bush clearing was complete where they would take up the technical aspects of rehabilitation of the railway.

He noted that the railway line that traverses the five Counties of Kiambu, Murang’a, Kirinyaga, Nyeri and Laikipia was also expected to be extended to Isiolo to link up the region to the Lamu Port and Southern Sudan Ethiopia Transport Corridor (LAPSSET).

He further added that there were plans to also extend the railway line to Meru, Tharaka Nithi and Embu Counties that were not initially served by the old line with a view of ensuring that all counties under the Central Kenya Economic Block (CEKEB) are served by rail. 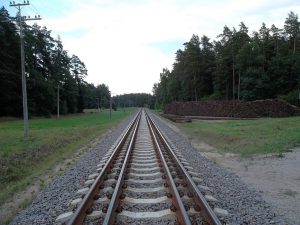 “Connecting the entire Central Kenya to the railway line will give economic impetus to the region that boasts of over 10 million in population with a combined economy of $40 billion, we are bigger than some countries,” the Governor said.

He reiterated that the revival of the line comes at an opportune time when large deposits of iron ore have been discovered in Laikipia and therefore would greatly serve in transporting the raw materials to smelting companies in Ruiru.

Muriithi added that even though County governments from the region had committed themselves to each set aside Sh100 million annually for the revival of the railway line, their financial input would not be required at the moment but they would provide equipment and waiver of cess for ballast and other building materials sourced locally.