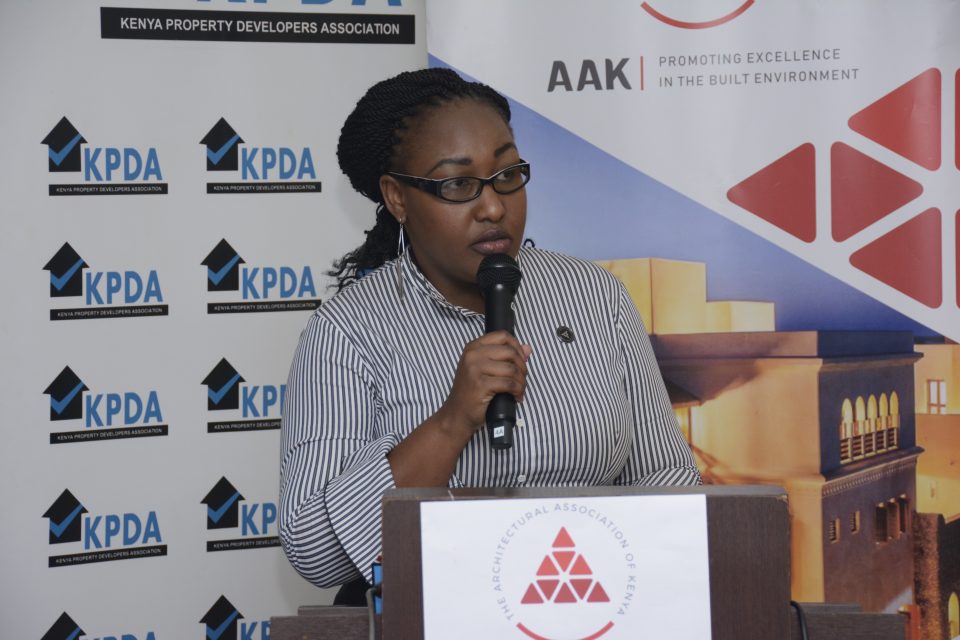 The Architectural Association of Kenya (AAK) and the Kenya Private Developers Association (KPDA) have expressed their concerns over downtime issue on the electronic permitting systems commonly know as E-Construction Permit. The E-Construction Permit systems have not been working as expected in various counties adversely affecting projects in the building and construction sector. The associations have been following this matter closely and keenly to no avail. In May 2019, the Nairobi County system started experiencing hitches and eventually collapsed when the contract between the Nairobi City County and the service provider – Jambo-Pay ended.

As a result, the Nairobi City County has not processed permit for the last two months, ostensibly due to a technical challenge. This has affected the practice of professionals in the built environment as they cannot proceed with their projects in construction. Nairobi leads in the contribution of Kenya’s GDP by contributing 21.7 percent of our national GDP according to KNBS’ Gross County Product report 2019 with the Development approvals, being the second highest collector of revenue for the County. In the KPDA/NCCG report on building approvals for June 2019, revenue collection was noted for development approvals of Sh53, 857,328.00.

KPDA Director, Mr. Gikonyo Gitonga, highlighted that the construction industry needs a one stop shop for processing all construction permits and synergies created by the E-Construction Permit simultaneously and significantly reduced the time to issue development permits

The Associations are aware that the electronic construction permit system in other counties have not been functioning efficiently. Therefore, delays in issuance of building permits and development approvals. Most applicants usually have to wait for between three months to four years. In some counties, the issuance of an invoice after submission of application takes up to 45 days. “This has caused financial burden to developers who rely on bank financing for their construction projects and negatively affects the ease of doing business in Kenya,” said Arch. Mugure Njendu, President, the Architectural Association of Kenya.

Statistically, Arch Mugure further added that, ‘The Knight Frank Kenya Market Update report for the 1st half of 2019 indicates that the value of building plans approved in Nairobi County decreased to Sh48.54 billion in the first quarter of 2019, a 19.2 percent drop from Sh60.11 billion in a comparable period in 2018. The collective financial impact this has in the public and private sector, cannot be overemphasized. Normalizing of operations of the system, is to the joint advantage of the Building Industry and the County Government. It is worth noting that the county has experienced a decrease in revenue collection in the first half of the year, as compared to 2018 and it is imperative that the system is regularized to avoid further decline.

She noted that there is urgent need to establish a retrospective look at the inherent challenges affecting the acquisition of building permits and how they impact on the business climate in Nairobi City County as well as other major urban areas in Kenya. The redesigning of the current e-permitting system to a one-stop shop that would integrate all the agencies involved into central database management system to be managed at the national level is a highly favored option. A one-stop shop complete with QR codes in place of the manual stamps presently being used would ensure zero to minimal human interaction with the system thereby enhancing its efficiency and promote adherence to building and planning standards in the urban areas.

The e-construction permit was a solution developed jointly between the county government, the International Finance Corporation (IFC/World Bank) and the AAK. The main objective behind it was to enhance efficiency and accountability in the processing of construction permits in the city. This has had a significance in the ease of doing business in the country.  The e-construction permit system has been the core tool used in applications of development permission in counties in Kenya. Its benefits since inception (about 7 years ago) has been immeasurable to industry professionals, the developers and the counties.

The Nairobi County system started experiencing hitches and eventually collapsed fully when the contract between the Nairobi City County and Jambo-Pay ended. Other counties are also affected by down times.