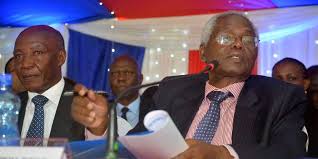 Britam is set to build a Sh12 billion mall in Nairobi’s upmarket Kileleshwa as it looks at real estate to drive profits and cut the influence of the Nairobi bourse on its earnings.

The firm said Friday at its AGM that it plans a 13,000 sqm of space, making it the latest high-net worth investor to invest in retail space.

Benson Wairegi, Britam’s group managing director, told shareholders at the firm’s AGM on Friday that it would pursue property development and management as its core business after creating a separate business unit known as Britam Properties (Kenya) Limited.“We want to do a mall because there is pent up demand in Kileleshwa and there are no malls in that proximity,” said Mr Wairegi.“It will be a mall of mixed development that includes offices, serviced apartments and a hotel. The project value is approximately Sh12 billion, including land.”

Britam, which has insurance, asset management and property development businesses, has acquired land worth Sh10 billion for its property investments.

The firm has started leasing space at the 32-storey Britam Towers, which will be the third tallest building in Africa at 195 metres above the ground.

Britam is working on serviced apartments in Kilimani and Hurlingham, Mlolongo residential development and Ngong Township mixed use development. It recently received Sh3.5 billion from the International Finance Corporation (IFC) for a 10.3 per cent stake in the firm.

Real estate has become one of the fastest growing sectors over the last decade, fuelled by a burgeoning middle class.

Returns on investment in real estate have outpaced those of equities and government securities. Shopping malls have sprung up across Nairobi as retailers seek to tap into a growing middle class with rising disposable incomes and a limited choice of leisure activities.

The last 18 months have seen three major malls –Garden City, The Hub and Two Rivers—open their doors with (130,500 square metres) of retail space.

Rent in malls has stagnated on increased supply with leasing costs remaining unchanged at $48 (Sh4, 944) per square meter a month over the past two years, says Knight Frank Africa.

But Britam says the location of its mall and other additions like serviced apartments would make the Sh12 billion retail space attractive.