The Government of Tanzania has inked a deal with Turkish and Portuguese firms to build its standard gauge railway.

Reli Assets Holding Co acting managing director Mr. Masanja Kadogosa said the Dar Es Salam- Morogoro railway is just a sneak pick of the transformation the transport sector will experience, adding that the country had put more emphasis on leveraging modern technology on its systems. “The SGR is just the beginning, more projects are coming as we are committed towards creating a country with modern infrastructure.” He said.

Tanzania’s rail locomotives. The new SGR will have train speeds of up to 160km/h.

Once complete, the train speed will run at 160km per hour, which is far much faster than the current 30km per hour. This buoys Tanzania as the second country after Morocco to have the fastest train in Africa, followed by South Africa and Ethiopia. Morocco is currently working on rails that will allow speeds of up to 200km per hour. 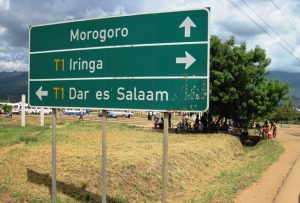 Works, Transport and Communication minister Prof. Makame Mbarwa said the railway will run from Dar Es Salam to Kigoma and Mwanza branching through to Mpande. The scope of the work shall involve construction of a 205km main way and 95km of interchange railway as well as stop-stations along the stretch. It shall have a total of twelve stations erected, where six will serve passengers and the remaining six to serve for interchange railway.

The standard gauge projects marks a major milestone in Tanzania’s quest for an upgraded infrastructure under its second Five Year Development Plan (2016/17-2020/21).The project has created a buzz in the construction sector, with local cement and steel dealers among other suppliers eyeing a windfall of opportunities.

The new line extending to Morogoro is part of an initially planned 2200km of standard gauge railway connecting Dar Es Salam with Kigali in Rwanda, Musungoti in Burundi and Lake Victoria Port at Mwanza.