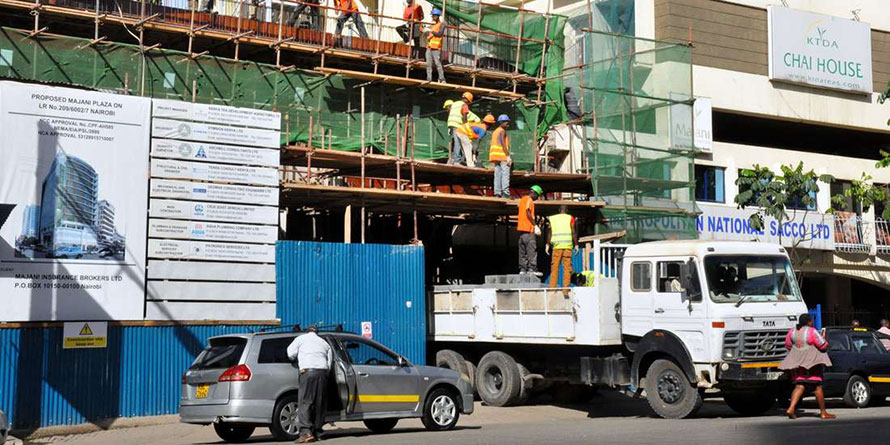 Monday, March 5, 2018 16:10 Players are calling for measures that will cushion them against recurrent effects of politicking. FILE PHOTO |  MBMG

Investors in real estate now want the government to come up with a lasting solution to the country’s macroeconomics to cushion them against losses that they incur every other election year.

They have blamed politics for the poor show last year lamenting how the continuous chest thumping by the big parties had negatively impacted on cash flow complicating the business environment, warning of job losses if drastic measures are not instituted.

“The business environment is becoming unbearable to many of us and indeed if the problem persists many more Kenyans will lose jobs as local investors are badly struggling; businesses are closing down as fear of losing huge investments is becoming real to many.

“Investors now feel the pain of paying their bills and most properties constructed through loans face auction by banks,” said Mr Kisinga in Nairobi last week. He said the troubled economic times will likely scare away investors from other parts of the world interested in the huge market in Kenya, saying the tough political climate has affected cash flow.

Mr Kisinga said the real estate sector got a beating last year where they managed to sell only a single apartment between September and December. The property management company has interests in Kajiado, Machakos and Nairobi counties.

Data from the Kenya National Bureau of Statistics (KNBS) shows construction activities grew at the slowest pace in six years in the July-September period at 4.9 per cent compared with 7.8 per cent a year earlier.

The slowdown was evident with cement consumption dipping by 13.09 per cent year-on-year to 1,408,566 metric tonnes in the three months to September 2017.

The sector is, however, set for a rebound buoyed by State’s affordable housing plan, relative political certainty and optimism over review of a cap on loan charges, developers have forecast.

Organisers of the annual East Africa Property Investment (EAPI) said real estate investors are “energised” by the State’s plan to give incentives for construction of up to a million residential housing units by 2022 at Sh2.3 trillion.

“Kenya is once again at the top of investors and developers lists of attractive investment destinations. We’re hearing a lot of positive news from our stakeholders, and we expect some eye-catching announcements at the EAPI in April,” EAPI Summit’s managing director Kfir Rusin said in a statement.

“East Africa continues to remain attractive due to increasing urbanisation and consumerism, private equity investment, the maturing state of the market, as well as ongoing infrastructure improvements,” said Rusin.

The government’s plans is to provide free public land delivered to private developers to build affordable units within urban centres for sale to low-income earners for as low as Sh1 million to Sh1.5 million.

The planned development has seen 60 companies among them NSSF tender bids for the project where emphasis has been placed on application of affordable alternative building technologies for the pilot 8,000 housing units project to be implemented at a 55 acre public plot at Mavoko Subcounty.

“We shall soon announce winners of Kenya’s first Public-Private Partnership (PPP) housing project, which will help us establish a mass housing production model to be rolled out on a national scale,” he said.