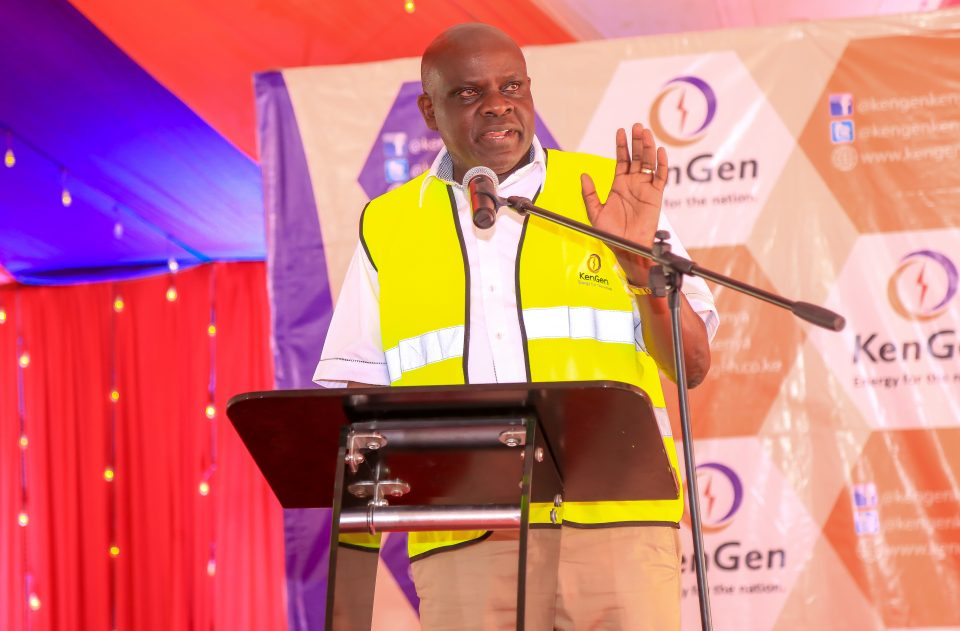 This exercise will ensure prudent management of dams during the on-going heavy rains season.

Speaking during the company’s shareholders tour of the Seven Forks dam cascade, the Managing Director and CEO, Mrs. Rebecca Miano said: “Currently, we are experiencing heavy rainfall, but our dams have yet to fill up. However, we are optimistic that they will fill up if the rains continue. As an institution, we will continue monitoring the water levels in our dams countrywide in order to ensure prudent management of the resource during the on-going rains.”

The MD also said the company’s move to focus on geothermal had greatly ensured the supply of adequate energy, and that power rationing was a thing of the past.

Miano pointed out that the future was green, adding that KenGen had embarked on a strategy geared towards increasing renewable energy. So far, more than 80% of electricity generated by KenGen is from renewable sources: geothermal, hydro and wind.

“Our road map for the next 10 years is to increase our renewable energy portfolio. This way, we will be able to produce electricity at an affordable cost and also grow our niche not only in Kenya but the East African region. In the past, we heavily relied on hydro generated power as our main source of energy. This came with its challenges because it purely relies on rainfall. Whenever rains failed, we had to introduce power rationing,” she said.

This is the eighth time KenGen is taking its shareholders on a tour of its facilities. The company has been organizing the tours since 2011.

Speaking at the same function today, KenGen’s Board Chairman, Mr. Joshua Choge, said the tours had been instrumental in providing the shareholders with an opportunity to exchange knowledge, network and be enlightened about the company’s operations.

In our plans, we have also made steps to align our organization’s strategy to the Government’s Big Four Agenda and the Vision 2030, aimed at growing the country’s economy and improving living standards for all Kenyans.