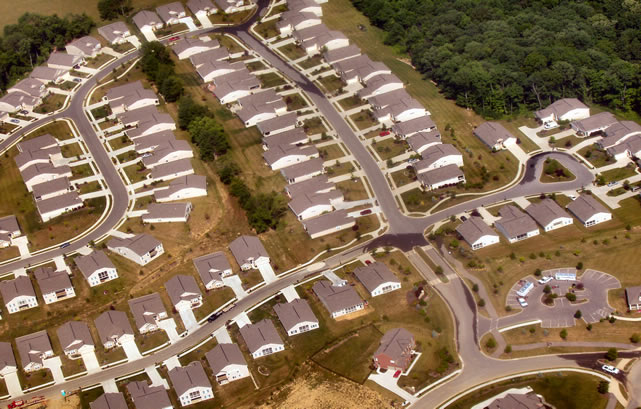 Housing is an important aspect of the economy. However, this has been a challenge in Kenya with a housing deficit of 2.0 million units, with demand growing at 200,000 units per annum, but supply only providing 50,000 units per annum as per the National Housing Corporation (NHC). The Ministry of Housing indicates that 83.0 per cent of the existing housing supply is for the high income and upper-middle-income segments, with only 15.0 per cent for the lower-middle and 2.0 per cent for the low-income population. The Kenyan Government, through their Big 4 Agenda, which covers affordable housing as one of the pillars have, therefore, been seeking to deliver 500,000 units by 2022, costing between Sh0.6 and Sh3.0 aimed at 74.5 per cent of Kenyans earning below Sh50,000 per month. However, financing for end-buyers towards the purchase of affordable housing remains a challenge in Kenya, both on the absolute value of the unit, and the financing structures available for a first-time buyer to access capital towards their unit purchase.

The report sought to demystify the issue of affordability in Kenya, with a focus on Home Ownership Savings Plans under the following:

I: Challenges with Affordability of Housing in Kenya

According to the 2015/16 Kenya Integrated Household Budget Survey (KIHBS), only 26.1 per cent of Kenyans living in urban areas own the homes they live in. This is in comparison to countries like South Africa with 53.5 per cent or the United States with 64.5 per cent. This is attributable to the unaffordability of housing units in the market. Those who own homes rely mainly on savings and other sources of financing including mortgage loans, commercial bank loans, and local investment groups commonly referred to as chamas, and Savings & Credit Co-operative Societies (SACCOs).

Access to housing finance in Kenya remains lacking mainly due to:

However, the development of the Kenyan housing finance market has been relatively slow, and not up to pace with the registered housing demand backlog creating the need for more reforms.

Of the various legislations in place to enhance affordability, this note focuses on the Home Ownership Savings Plan. The Income Tax Act cap 470 defines a Home Ownership Savings Plan (HOSP) as a savings plan established by an ‘approved institution’ and registered with the commissioner for Income Tax for receiving and holding funds in trust for depositors. It is a tax-sheltered savings, plan whose main objective was to enable individual depositors to save for home acquisition or development and was introduced in Kenya in 1995. As per Section 22C (8) of the Income Tax Act, an ‘approved institution’ means a bank or financial institution registered under the Banking Act (Cap. 488), an insurance company licensed under the Insurance Act (Cap. 487) or a building society registered under the Building Societies Act (Cap. 489).

The regulation was effective on 1st January 1996, and from the initial regulations, depositors were allowed tax rebates of Sh4,000 per month maximum or Sh48,000 per annum (effectively reducing an individual’s taxable income by the amount of their monthly contribution) with the condition that it is with a Registered Home Ownership Savings Plan. In 2007, the Income Tax Act was amended to allow any interest earned on the deposits to be tax exempted upon withdrawal albeit at a maximum of Sh3 million.

However, as part of the government’s measures to fulfill its pledge to promote low-cost housing, the tax-deductible contributions by a depositor to a registered home ownership savings plan were increased from Sh48,000 to Sh96,000 annually (Sh4,000 per month to Sh8,000 per month), effective 1st January 2018, and effective for an individual’s savings for the subsequent ten-years. Registered Home Ownership Savings accounts in Kenya are restricted to first time home buyers and to purchase of a ‘permanent house’, which the Income Tax Act defines as a residential house that a financial institution would accept as collateral for a mortgage, and includes any part or portion of a building, used or constructed, adapted or designed to be used solely for human habitation. The accumulated funds are withdrawn tax-free to strictly purchase or construct a house. However, if the depositor utilizes the funds for any other purpose other than to acquire a house, they become taxable in the year of withdrawal.

Globally, Home Ownership Savings Plan are referred to as Contractual Savings for Housing (CSH) schemes, which are defined as a contractual agreement between a financial institution and a customer that grants the customer the right to obtain a preferential mortgage after a minimal saving period (World Bank). Depending on the contractual agreement and the laws of a country, these savings can be used for land acquisition, housing construction, home improvement, or to purchase a new home. Globally, they are characterized by contractual deposits, tax deductions for mortgage interest payments and tax exclusion for capital gains for owner-occupier residential property, government subsidies, and direct provision of homeownership loans for low and middle-income households.

There are two main types of CSH schemes:

Contractual Savings for Housing Schemes originated in Europe where they have been considerably successful. For instance, the French Plan Épargne Logement (PEL) and the German Bauspar system, both established in the 20th century.

Although not very common in Africa, Contractual Savings for Housing has been adopted in countries like Nigeria, Tunisia, Ethiopia, and Morocco.

Generally, CSH schemes are still nascent in Africa and with minimal success. This attributable to (i) lack of public knowledge, (ii) general lack of appropriate regulatory and technical structures, and (iii) they are mainly led by government-controlled institutions whereas, in developed countries such as France and Germany, they are mainly managed by private financial institutions and building societies, with minimal government restrictions.

V: The Benefits and Limitations of HOSP Schemes

Home Ownership Savings Plans have various benefits for the lenders, government and the savers. For the government, the schemes alleviate the housing problem by availing the much-needed housing finance. As it is, there exists a direct correlation between the existing housing finance system and the level of informal settlements in the country which the World Bank estimated to be 61.0 per cent of urban dwellers as at 2017.

The benefits for mortgage lenders are Minimal Credit Risk and Lower Loan-to-Value Ratio.

In spite of this, Home Ownership Savings Plan in Kenya has not been very successful in its overarching objective which was to avail housing finance and promote a culture of savings for aspiring homeowners. This is evidenced by the fact that only one institution currently offers the product, the low homeownership rates in the country as illustrated above, and the relatively low mortgage uptake with 26,187 mortgage accounts recorded as at 2017, despite the existing housing deficit estimated at 2.0 million by the National Housing Corporation.

To stimulate the housing finance segment, there is a need to close the large gap in the sector which can be fulfilled by creating access to other innovative financial markets products which have more compelling returns.

VI: How to Improve Home Ownership Savings Plan in Kenya

To improve housing affordability, there is a need to provide channels through which individuals in the low and middle-income bracket can use to raise capital to purchase homes. Collective Investment Schemes are common among this population, as individuals are required to make relatively low contributions and are able to top-up their savings through a flexible and accommodative program in terms of minimum amounts.

However, under the current law, CIS schemes are not considered under the Home Ownership Savings Plans (HOSP) in spite of their potential to revolutionize housing finance. For instance, the money market funds offer relatively attractive risk-adjusted returns with competitive rates of as high as 11.0%. Additionally, the rates are not fixed which means they are always up to pace with the macro-economic environment conditions unlike the fixed rates offered by banks and other financial institutions. Essentially, collective investment schemes are pools of funds that are managed on behalf of investors by a professional money manager. They are specialized market players licensed to mobilize savings through financial assets and to enhance access to capital markets by small investors. They include unit trusts, mutual funds, investment trusts et al. For investors, they offer a unique opportunity in terms of professional management, economies of scale, and diversification of portfolio and risk. Fund managers invest in various industries and sectors; therefore, the portfolio gets diversified, resulting in relatively high returns as compared to banks which largely generate returns from lending members’ deposits.

In Kenya, most banks require borrowers to provide cash equivalent to 15 per cent of the value of a home before accessing mortgages, which leads to most people borrowing from savings and loan cooperatives, which are funded by member deposits. Under the affordable housing initiative, homebuyers will be required to pay a 12.5 per cent deposit.

To boost Home Ownership Savings Plan in Kenya, a well-developed capital market and income tax framework are required to enable a sustainable, low-cost capital raising mechanism for affordable housing in Kenya for both developers and potential homeowners. This can be achieved through:

In conclusion, HOSP is a very commendable and important initiative towards the President’s Big Four Agenda of providing affordable housing. However, for HOSP to have an impact we need to expand HOSP eligible savings to include capital markets savings, and educate potential homeowners on HOSP benefits.