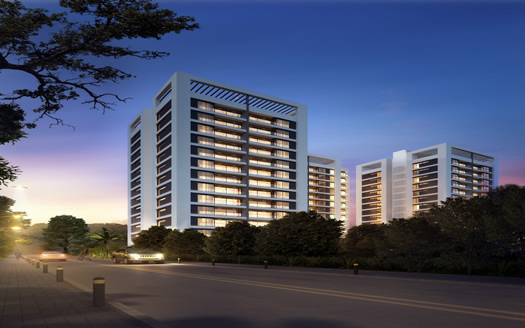 The results give us new insights into the direction and shifting emphasis in our nation’s property market, with clear flags from the residential index of some over-stocking at the market’s top end, as demand remains robust in the middle market and surges in the lower-end market.

However, before I go through the data for the first quarter, it would be helpful to explain the differences in the timelines of the two indices and how they relate to general economic trends.

As a rule, we start to see price and demand trends in the property market first. It is as developers and sellers face buyers that we get an almost immediate impact from any downturn in spending power, or consumer demand. Likewise, this same ‘front end’ is the first place where we feel an uptick in economic growth, as buying and renting surge.

By contrast, the land market is based on investment perspectives, viewing future trends and development potential.

Thus, it is the residential property index that first reveals shifts in the market, and in recent months, and notably from the third and fourth quarter last year, we began to see some profound shifts in property selling and leasing, which have become even more marked in the first quarter of this year.

The two strongest changes have been at the very top of the market, and at the lower end, in apartment sales and rentals.

Starting with the top end, it is a fact, and often commented on, that the primary focus for our developers over the last two decades, and particularly in the 1990s, and the decade from the year 2000, was at the very top end of the residential market. Thus, we today entire suburbs, such as Muthaiga and Karen, Nyari, Runda and Spring Valley, filled with large detached houses, and lived in by the wealthy.

Let us not underestimate the sheer scale of this kind of development. Ridgeways, lower Kabete, Loresho, Kitisuru, the expanse of our ‘detached-house suburbs’ is now very considerable.

But in filling thousands of large stand-alone houses and villas one has to reflect on the nature and make-up of the market – both for owners and for residents for such homes.

These certainly include the expanding Kenyan elite: CEOs, top politicians, from governors to cabinet secretaries, private secretaries and company directors. But the other principal strand of this market has been internationals, with Nairobi positioned as one of the four ‘poles’ of Africa, as a centre of diplomatic and commercial activity. This has brought incoming, foreign top management to the African and East African headquarters of European, Asian and American multinationals. It has also brought an abundance of diplomatic staff, and donor-funded staffing, as well as pools of social entrepreneurs and business adventurers.

However, in filling Nairobi’s many top-end estates, the flight of international residents is now being felt. There has been a steady downgrading of diplomatic and donor-funded postings since the world financial crisis of 2008, with many western governments running austerity programmes to cover the debt funding for their support of the financial system at that time.

Economic growth and consumer demand have also affected tax revenue growth and donor funding during the decade-long ‘great recession’ that has followed.

This steady attrition in numbers was accelerated last year in the new government drive curbing work permits. This triggered a new uptick in international departures, which by the first quarter of 2019 had resulted in significant falls in the sales prices and rents of top-end detached houses, which fell by 4.4 per cent and 4 per cent respectively in the first 12 weeks of the year.

We foresee some continued downwards pressure in this segment until the international economy improves or Kenya initiates policies to attract renewed growth in international residency.

However, while the top end of the market has been affected by global trends and domestic policies, the other strong mover has come in apartment rentals.

We reported in January that 2018 had seen signs of a revival in apartment rents, after nearly a decade of negative or flat growth caused by the bulge of building of new apartments, both as large high-rise blocks, for instance, across Kilimani, and as smaller multi-storey units built by private landlords throughout Ruiru, Ruaka, Juja and other Nairobi satellite districts.

The long-term stasis in apartment rents, and some difficulties in filling such blocks brought a slow-down in apartment building. But Nairobi’s population continues to grow, as does the city economy, and its working classes.

Thus, finally, we are seeing some evidence of a ‘catch-up’ of demand to current levels of supplies in the apartment rental market. This has introduced some upwards pressure on rentals, which rose by 4.9 per cent in the 12 weeks to the end of March this year, and 19.6 per cent in the year to March.

The sale of apartments has not yet been affected by similar pressures, with landlords deterred by the 10 years of relatively lower returns on their investment, and first-time buyers confined to higher income brackets, more interested in town houses.

The expansion in mortgage offerings to the country’s high earners, does, however, continue to support the growth in demand for sales of town houses, the prices of which rose 7.9 per cent in the year to end-march, substantially ahead of inflation, currently running at something over 4 per cent.

This segment ahs also continued to attract private landlords, with rents maintaining their growth throughout recent years, and rising again by 1.7 per cent in the first three months of this year, taking annual growth to 11.1 per cent.

In regard to the scale of the rise in apartment rentals, at nearly five times the rate of inflation, the significance of this price adjustment cannot be under estimated, and lends strong support to the need for the government’s current Big 4 emphasis on increasing the country’s stock of affordable housing.

Few households can afford to pay 20 per cent more in rent in a single year, and such rises demonstrate powerfully how great the need is for a wider pool of affordable housing stock and mortgage financing, in order to ease the pressure on the private rental market as the working class growth continues.

Finally, I should like to touch on the first quarter’s results for the land price index. It is the nature of development land that while it is influenced by current economic trends, it responds more slowly to changes, and is fuelled more by ‘investment strategies’ that consider future trends than by immediate realities in buying and selling.

Thus, the market is not yet exhibiting depressed prices in upmarket areas and accelerated prices rises in lower-market areas that would align with the property pricing trends.

However, Nairobi and its surrounds are exhibiting the development of three types of land markets in different suburbs and satellite areas. Together these make for land prices that are rising only marginally. But this is the sum of three different tracks.

Depressing the overall index is a cluster of areas which are correcting for earlier price bubbles. These areas saw swift price growth for a year or more in the last three years, generally of over 25 per cent and sometimes of over 30 per cent. With the previous rush of land buying having matured to an ample supply of developments that are taking time to fill, the appetite for land in these areas is now subdued, and prices are often falling marginally, by 1 per cent of so.

Such areas include Upper Hill and Kilimani.

The second track are areas with solid demand and no history of excessive price rises, but which still have plenty of available land. Typical is Karen, which in the first quarter accounted for 31.5 per cent of the land advertised for sale in Nairobi. These areas, which also include Runda and Lavington, are seeing steady but moderate price rises, with ongoing demand but now excessive leverage caused by genuine land shortages. In Karen, for instance, land prices have risen by 3.22 per cent in the year to the end of March.

Finally, we are seeing a cluster of areas that offer strongly desirable locations, but scant availability of land, and these are still reporting strong price rises, such as 9.95 per cent growth in Loresho over the last year, and 8.58 per cent in Ridgeways.

In Kenya’s ever more sophisticated land and property market, the future of all prices is no longer powerful growth. But, as ever, pricing remains a remarkable pointer to unmet demand and shortages and still the clearest guide available to the most strategic development going forwards.