According to Acacia mining, the discovery is one of the highest grade projects in Africa which was as a result of in-depth reconnaissance on the minefields. The deposits discovered in Kakamega County total up to 1.31 million ounces of gold, at 12.1 grammes per tonne. Exploration activities have now shifted gears to in a bid to ascertain commercial viability of the deposits before the state in conjunction with the explorer give a green light for investments.

Acacia Mining Exploration Manager Tim Sharp said making the big step on mining the gold deposits entirely depends on commercial viability of the deposits, adding it would consume approximately five years to wrap up the drilling and studies on the on the gold mine. “It is certainly a significant step for us but the decision as to whether we move to mining will depend on whether it turns out to be commercially viable,” said Tim. 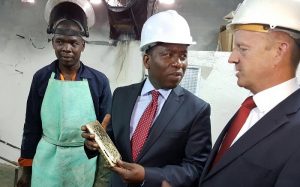 Dan Kazungu Ministry of Mining Cabinet Secretary expressed optimism with the new discovery saying Kenya’s quest to join the list of countries producing gold was on the brink of materializing. “This only confirms that Kenya is geologically endowed and we are going to take several reforms to boost the mining industry and make it the next revenue frontier and a top income earner in this country,” Dan remarked. Owing to the prodigious economic value, the mining industry will be restored to help identify other potential fields. “We will continue working on the mapping of all our mineral deposits to boost investments in the sector with huge unexplored potential. We look forward to working with Acacia and welcome their continued support in Kenya.” Mr. Dan added.

Acacia Mining Exploration, which is listed in London Stock Exchange, started its operation in Kenya in 2012. It has pumped about sh.3 billion for exploration activities covering 2800 square kilometres with an additional sh.1.2billion to be spent over the next one year. Its Liranda Corridor field in Kakamega spans 30 kilometer square and neighbors Kakamega, Kisumu, Siaya and Vihiga Counties, which have been mapped out as areas with huge mining potential.

The mining firm operates in Burkina Faso, Mali and Tanzania. It has produced over eight million ounces of gold from open pits and underground mines in Tanzania’s Bulyanhulu, Buzwagi and North Mara mines. 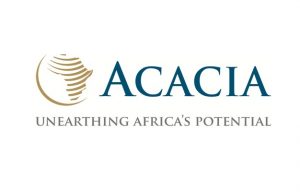